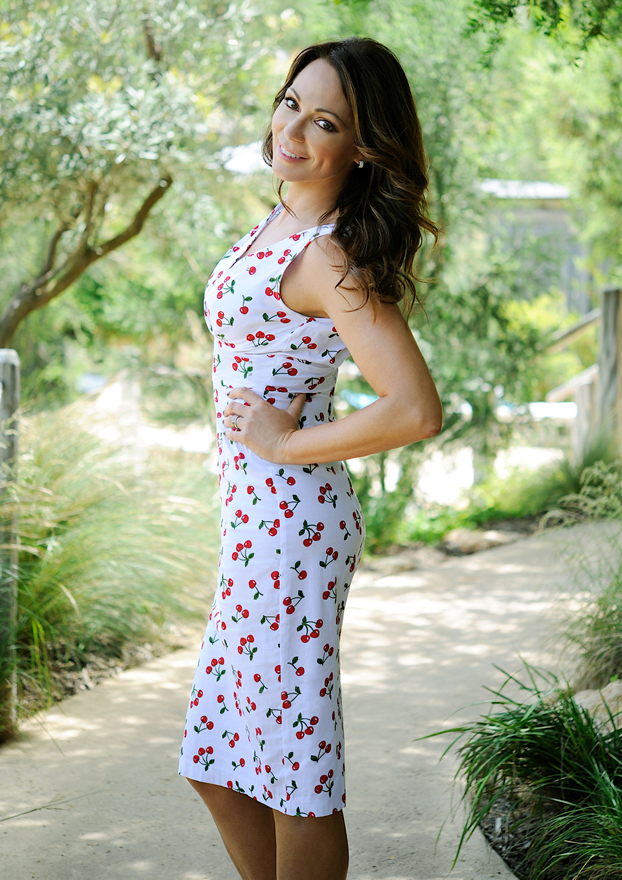 With a successful career in the media spotlight for the past 2 decades, TV Host, Bollywood Actress and Brand Ambassador Tania Zaetta is an inspirational voice and role model for women everywhere. Before entering the Media Spotlight Tania’s love of fitness, health and wellbeing led her to study a 1 year full time course earning her Advanced Diploma in Aesthetics becoming a fully qualified Natural Beauty Therapist specialising in Nutrition, Exercise and Massage. Also achieving her CIDESCO Diploma, the world’s most prestigious, internationally acclaimed and highest recognized qualification in the field of Aesthetics and Beauty Therapy. Continuing her studies over the years Tania became a Certified Pilates and Barre Pilates Instructor after originally discovering Pilates Workouts 15 years ago to help with a ruptured disc back injury. Noticing how quickly she achieved the Body Tone results she’d been searching that provided a long, lean physique with muscles lengthened and strengthened not bulky and masculine, she began referring to Pilates as her ‘tight tummy, firm butt class‘ in media interviews. Her infamous toned body and enviable glowing skin has graced more than 50 magazine covers around the globe and is evidence that her knowledge, ‘tried and tested’ exercises and healthy eating plans work! 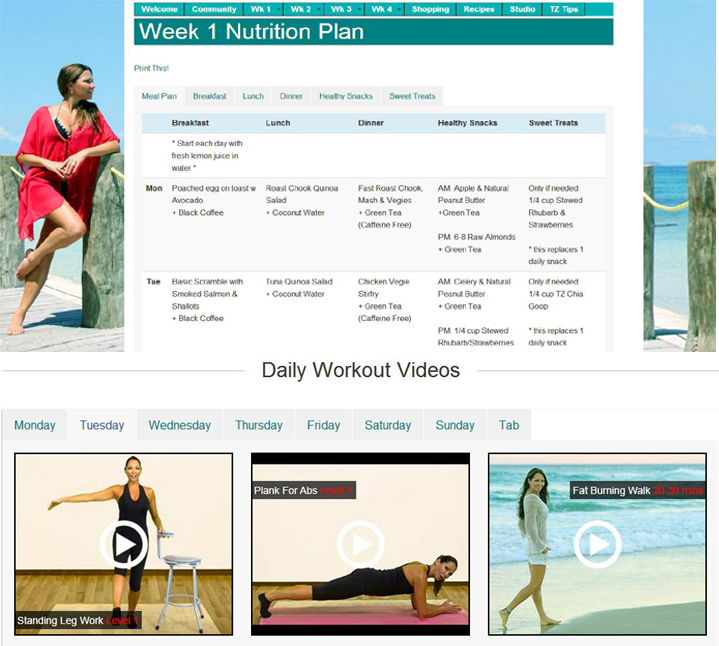 Constantly asked her secrets to a trim, toned body into her 40’s, ready and confidant for photo shoots and a bikini anytime, Tania started sharing her favorite ‘tight tummy, firm butt’ exercises with her friends at her local gym. As word spread, regular gatherings soon formed at her local gym with the gatherings becoming a regular classes. As the ladies began seeing FAST results with their body tone, flexibilty, posture and feeling longer and leaner, Tania began sharing her healthy eating tips and slim down secrets among them. Demand for her workouts and healthy meal plans led to requests from Corporate Companies and Fitness Centres to have Tania speak at their events sharing her Trim and Tone secrets and exercises. Combined with escalating interest across her Social Media platforms, Tania set about finding a solution to cater to everyone’s needs. Creating an online program for everyone to access everywhere, anytime was the answer. The Tania Zaetta Program is a complete Weightloss, Body Trimming and Toning Workout system consisting of a 24/7 Online Studio full of Tania’s Total Body Workouts with her flowing Pilates, Barre Pilates and Resistance Toning exercise routines, complete ‘easy to follow’ Nutrition & Meal Plans, ‘realistic’ Recipes for the whole family, Shopping Lists, Private Community Forum joining other women also on the Program for support and motivation, including direct online access to Tania and her team of experts ready to help you achieve your desired Body Goals. Popular with the ladies are Tania’s famous ‘tight tummy, firm butt’ exercises that get results FAST! And her 5 min Trouble Zone Toners video’s that target individual problem areas. 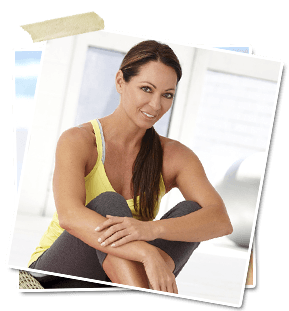 Appreciating that like herself, most women are time poor when it comes to workouts,  seeking FAST workout results in the shortest possible time, Tania endorses Pilates as the answer to help keep bodies long, lean and toned at all ages and each phase of life.’ After discovering Pilates over a decade ago due to a painful back injury Tania was advised the ‘core’ strengthen exercises and principle would help to ease the pain and protect from further back injury’s. Noticing the AMAZING results in her body shape from the exercises, including flatter Abs, toned legs and a firmer butt – Tania was hooked! Inspired to fuel her passion of staying in shape, she become a Pilates Instructor which in turn lead to finding Barre Pilates while working overseas. These 2 workout combinations are regularly used by Madonna, Beyonce, Gwyneth Paltrow and Victoria Secrets Models to keep their bodies perfectly long and lean without becoming bulky and muscly. Home in Australia many well known names along with Tania choose Pilates and Barre Pilates Classes to maintain their ‘Red Carpet Ready’ bodies with Jennifer Hawkins, Megan Gale and Miranda Kerr also avid Barre devotees. Barre Pilates uses a combination of Pilates and Ballet inspired exercises performed at the Ballet Barre. The exercises work on strengthening and toning the entire body with every muscle being used. It’s one of the most effective forms of exercise to change body shape and tone up FAST. From her first workout Tania knew she’d found her perfect Total Body Workout, and best of all – a low impact, minimal cardio workout, no bootcamp required. Now as a Pilates Barre Instructor also Tania’s goal is to share her knowledge as these are workouts every woman needs to know about. 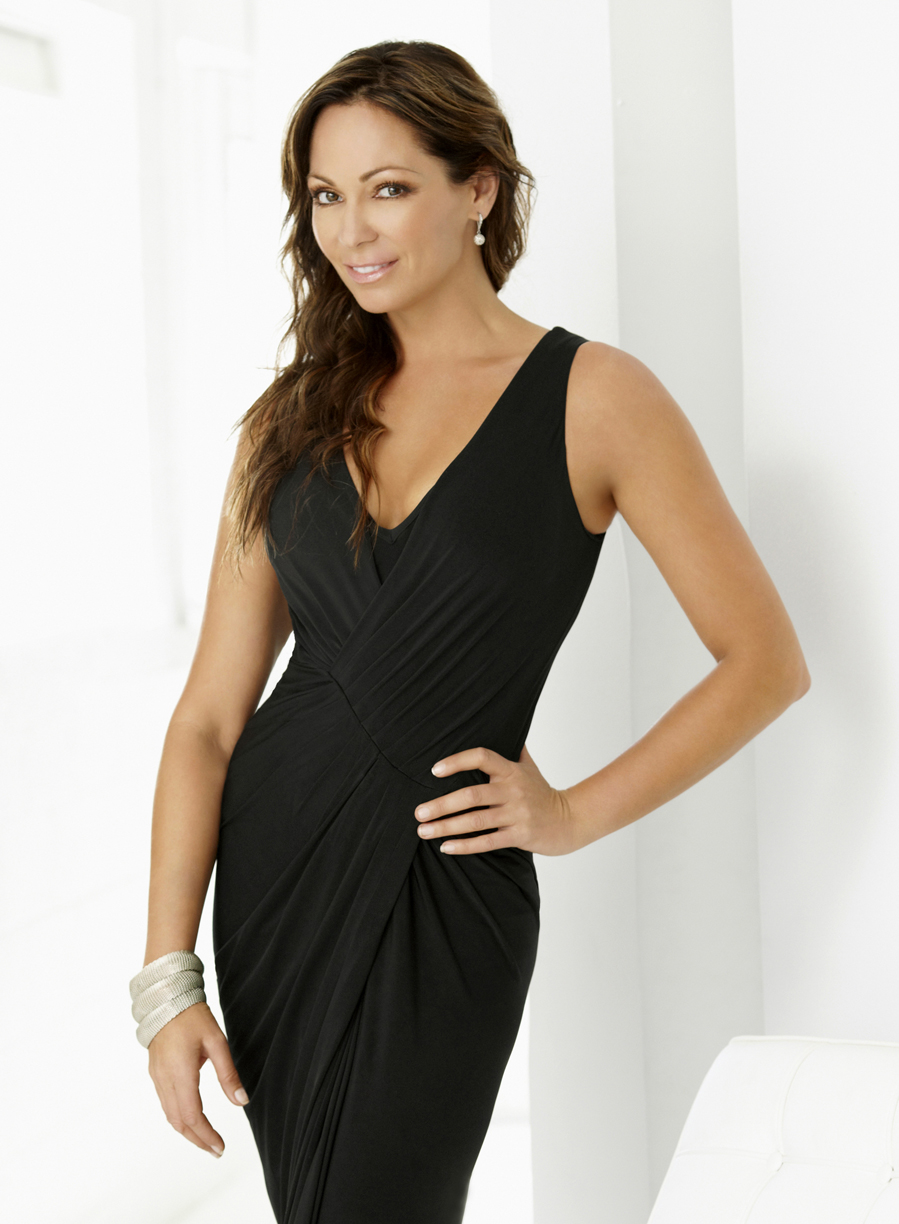 An Australian household name thanks to her achievements around the world in film and television, Tania Zaetta originally shot to fame 16 years ago on the hit show ‘Who Dares Wins’. Her tireless energy and enthusiasm have lead to her forge one of the most diverse and successful careers in Australia which have included hosting roles on over 20 ‘prime time’ Tv shows between her home country, UK, Europe, Asia & India, leading to her becoming ‘one of the first foreigners to conquer Bollywood’, the world’s largest film industry, appearing in 4 consecutive hits in 1 yr. Tania is a respected and admired role model, sought after Speaker, popular Event Host and Mc as well as ‘the face’ and Brand Ambassador of numerous brands, products and services. With the success ‘Who Dares Wins’, Tania was seen in over 80 countries where hundreds of millions of viewers watched her face her biggest fears to complete a series of life threatening dares and stunts. The shows success took her to India to film new versions of the show with further international Tv roles following, including one of six leading roles in the world’s most watched TV series ‘Baywatch’. Turning her attention towards the world’s largest film industry – Bollywood, Tania relocated to India landing co-starring roles in 4 consecutive hit films, including the hugely successful ‘Salaam Namaste’ earning her the title from the Indian media, ‘the first foreigner to conquer Bollywood’.

Now living back in Australia Tania commutes for her numerous Tv, Media Commitments and Brand Ambassador roles both domestically and internationally including teaching her tips, tricks and secrets to women everywhere sharing how she stays healthy, trim, balanced and looking her best.

The Online Pilates Program has been so successful it’s been turned into a book by New Holland Publishers, ‘Trim & Tone with Tania’ will be released and available in all major book stores and retail chains in June, 2015.

Consult your healthcare professional before beginning any diet or fitness regime.

Grab your FREE chapter of Tania's bookTop 10 Foods That Help You Feel Full
Discover the secret fat burning foods you should be eating! Tell me where to send your FREE ebook
Your information will *never* be shared or sold to a 3rd party.